Though we work with hundreds of hotels worldwide

Sincura's selection of our most popular  hotels around the UK include:

Situated in a picturesque location, it has become one the country's most cherished manor house hotels. It boasts 32 individually designed guest rooms and suites. The hotel received 2 Michelin stars in 1984 and has held on to them ever since. This luxury hotel is surrounded by lawns, flower borders and orchards making it the perfect setting.

This exquisite hotel is located on the edge of the Dartmoor National Park. Famed for its culinary excellence, tranquil and romantic location, this Tudor- style country house is elegantly furnished and is within 107 acres of beautiful grounds. To add to the experience all the rooms are luxury and individually designed. The stunning bathrooms and wet rooms are sure to inspire a sense of indulgence. To top it all off there is a 2 Michelin-starred restaurant in the grounds of the hotel. 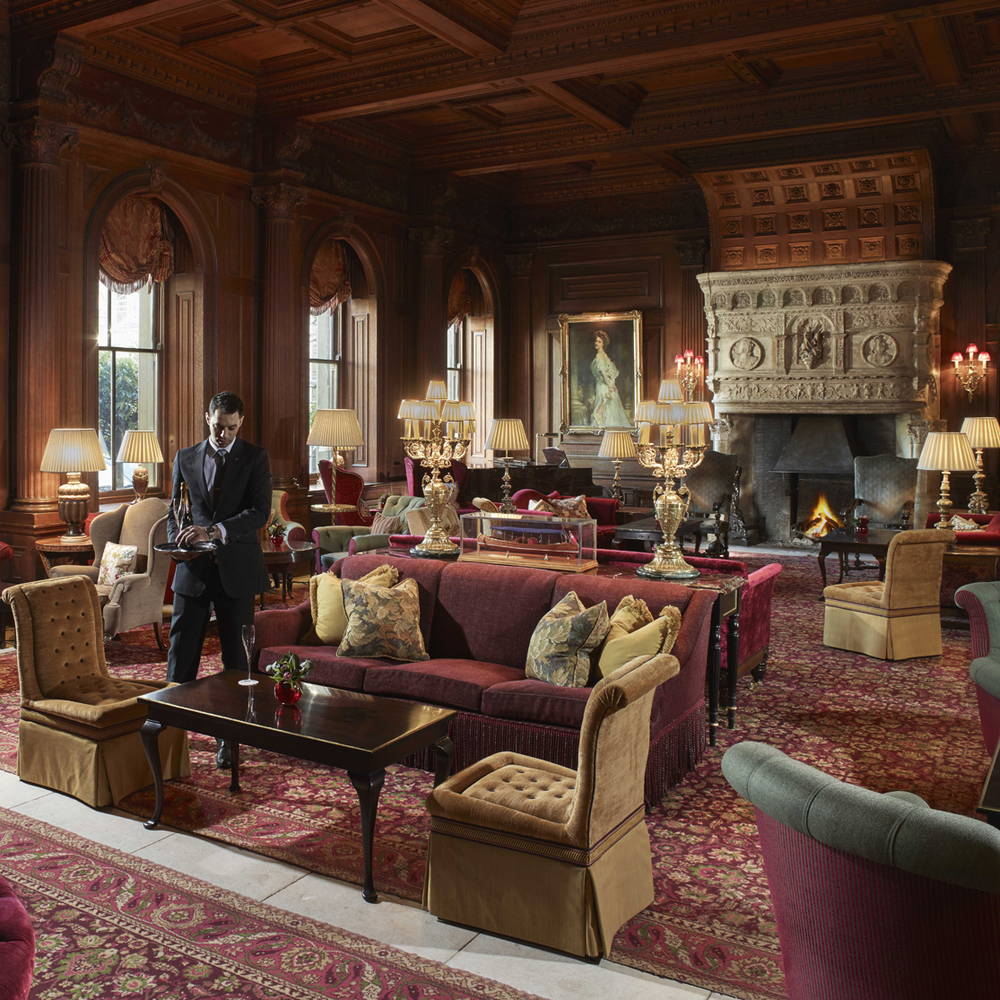 Cliveden has been described as one of the grandest hotels in Britain, it is located within a grade I listed building which highlights its luxuriousness. In idyllic location, overlooking the teams and acres of woodlands. It has 38 rooms and suites at the hotel. The hotel has a restaurant in the bowels of the building which is run by award winning chef Andre Garrett.

A new kind of country hotel, stylish but not pretentious and outdoorsy but just as happy to stay in and put your feet up by the fire. The fish is the ideal hotel as it is practical yet luxury.

A private Manor-house hotel based in the Cotswolds. It is a small and only has 8 bedrooms and suites all of which are unique. Based within a grade II listed building but a modernised interior, a mixture of boutique hotel with personalised service and at home atmosphere.

The idea place for a romantic retreat or family break, it borders Windsor Great Park and is only 45 minutes away from London. There are options to stay in the Georgian mansion house or a more self-contained stables or cottage.

A 300 acre estate offers many facilities for all to enjoy while stay in this idyllic and convenient location. It offers 49 exquisite bedrooms and suites, a golf course, many leisure facilities.

Lively but laid back, Babington House can lay claim to being the original trendy country-house retreat. it has indulgent rooms and plethora of facilities for customers to use.  located in a Georgian house it is very stylish.

100 acres of the Oxfordshire countryside is at the disposal of the Soho Farmhouse. it is a spacious, Nantucket- style accommodation, it is the ultimate countryside retreat.

The Lime Wood is certainly a change for a city goer. it has the New Forest at its doorstep. Attention to detail is a must, mixing up oak doors, lush colours and soft lighting generating a soft and comfortable environment.

An Italianate country house, designed with comfort in mind creating a cool interior style. Cowley Manor has extensive grounds, chic interiors and a quirky bar. The spa is the icing on the cake, making this the ideal place for a retreat.

The Pig at Coombe

A rural hotel focusing on kitchen gardens. This hotel is part of the up and coming PIG group. the hotels have one thing in common, being full of character. The Pig at Coombe is the grandest of the all.

Occupying two townhouses across the famous Bath Crescent, the Royal Crescent is a wonderful mixture of 18th century heritage and 21st century satisfaction.

The Pig on the Beach

With idyllic views of the Isle of Wight and Old Harry Rocks, The Pig on the Beach is very popular and attracts many new visitors each year.  The rooms are contemporary but original with vintage fabrics used extensively.

The Rooms at The Hand and Flowers

This countryside inn is based in the two Michelin-starred restaurant which intakes many people to dine. Being based in Marlow means that you are minutes from a picturesque view of the Thames.